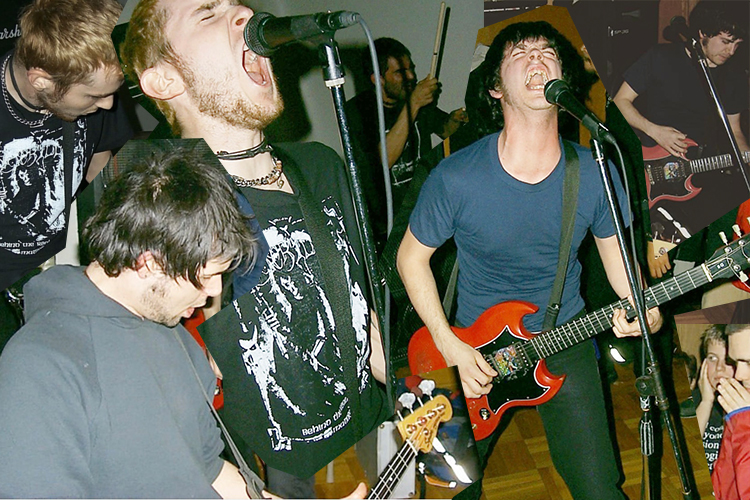 We practiced almost nightly, and never once showed up to practice with a completed song. We would turn the amps on, play a riff or a drum beat, and begin working on a song right there. Our deadlines were tour dates, centered around the time we booked to record in Oakland, California, and we were driven by the chemistry between us. Lyrics-mostly and thematically about the changes we saw coming in the world-were written on notebooks in our old converted prison van as we drove between cities, gazing out the windows at ever-morphing landscapes.

That was almost twenty years ago now.

When we look back on our first two albums, there’s a rough around the edges urgency in the music that we’ve learned inevitably becomes scarce. The two tours we did in the spring and fall of 2000 gave us four months of experience and a lifetime of memories. The sounds on these two albums are the sounds of four southern misfits snarling at the weight of the chips on our shoulders. The studio, Polymorph, is, sadly, no longer active, and the building that we recorded in now houses a couple of boutique shops. For two separate weeks in 2000, that building smelled like dirty clothes and unburned fuel from a carbureted van. Nothing in those boutiques can match the value we’ve personally applied to these albums, and those experiences, in the years since.

Don’t ever give up.
Stay pissed.