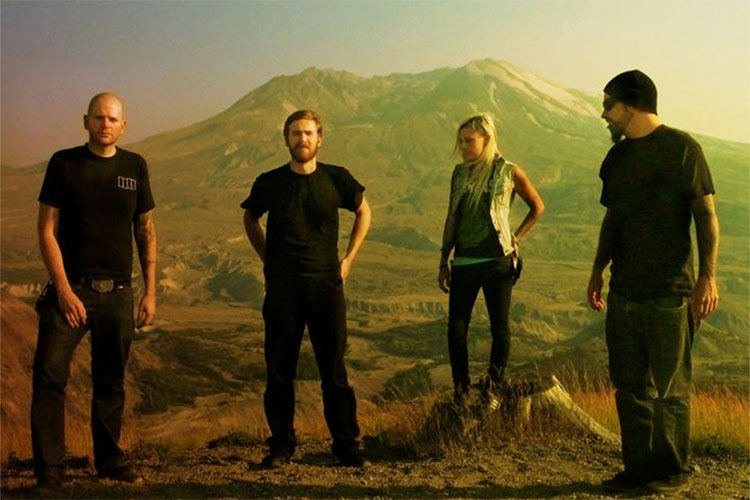 New York metal alchemists, A STORM OF LIGHT, will unleash their long-anticipated new studio offering this Fall! Entitled Nations To Flames, the 11-track follow up to the band’s critically-lauded 2011 opus, As The Valley Of Death Becomes Us, Our Silver Memories Fade, was recorded with Travis Kammeyer (OCOAI, Generation Of Vipers) at Fahrenheit Studios in Johnson City, Tennessee, mixed with Matt Bayles (Isis, Soundgarden, Pearl Jam, Botch, Mastodon) at Red Room Recording in Seattle, Washington and mastered by Brad Boatright (Sleep, From Ashes Rise, Nails) at Audiosiege in Portland, Oregon. Additionally, Nations to Flames features Soundgraden’s Kim Thayil and Indian/Nachtmystium’s Will Lindsay on select tracks.

Centered around the apex of human failure, Nations To Flames bears witness to the fall of all governments, all nations, and all religions. The record is both musically and thematically captivating and marks the STORM collective’s darkest, most immediately punishing creation to date.

Comments A STORM OF LIGHT founding guitarist/vocalist Josh Graham “These songs are much more focused. Even the more ‘epic’ songs are shorter but still accomplish the same journey as the longer songs used to. We’ve ditched the rock elements of the last record and let our early influences of Killing Joke, Bad Brains, Metallica and Crash Worship seep in. We are bringing back the intensity of Black Ocean but with the speed and precision ore akin to our metal influences. While there are still some slower/sludgy tunes, some songs are twice as fast as the older material.”

A Storm Of Light