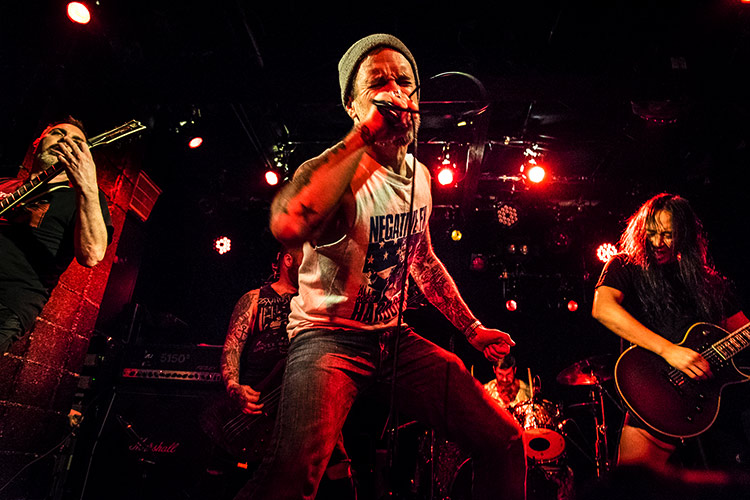 The result of these musicians’ alignment is a caustic, riotous, belligerent style of vile hardcore fed by a boundless well of socio-political vitriol.