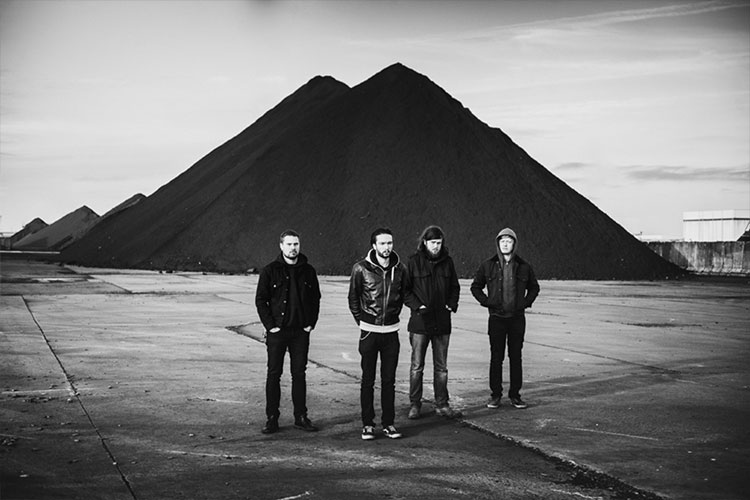 When confronted with the imminent destruction of our world, do we turn our heads and go our ways? Or do we look for means to channel our rage, to give voice to that frustration and turn it into a weapon? Do we search for what is real and worthwhile in the debris? Something that goes for the throat and doesn’t let go until the last drop is spilled?

Buried deep in the consciousness of its four members at the time, it was these exact questions that gave rise to Belgium’s Hessian three years ago. From the onset, the combined musical backgrounds of guitarist Levy Seynaeve (Amenra), drummer Tim Bryon (The Black Heart Rebellion), singerBram Coussement and bass player Kenneth Vanhoutte fell effortlessly into place, pushing a sound that was at once pummeling, devouring and empowering across the rural fields where they started rehearsing.

After a well received debut EP, a split 7″ with Amenra, a split LP with Pale Creation on Magic Bullet Records and countless shows throughout Europe, Hessian have found a new home, Southern Lord and are ready to unleash their debut album, Manégarmr to the masses. The album will be released in the UK/EU on 13 May 2013.

Named after the wolf that – in Norwegian mythology – devours the sun every night, their debut record focuses both sonically and lyrically on the endless cycles of destruction that are imminent to this life and the world in which we live. From the soaring take-off of “Ascension”, via the treacherous calm of central pieces “Vāmācāra” and “Father of Greed”, to the merciless onslaught that is “Mother of Time”. With towering guitars, frenzied drum patterns and savage vocals that sound like the howl of the lone wolf, Manègarmr is a furious blizzard of cold Black Metal, violently crashing into a maelstrom of ultra-metallic dark hardcore.

Manègarmr ultimately takes the listener on a journey that is at once haunting, draining and exhilarating.