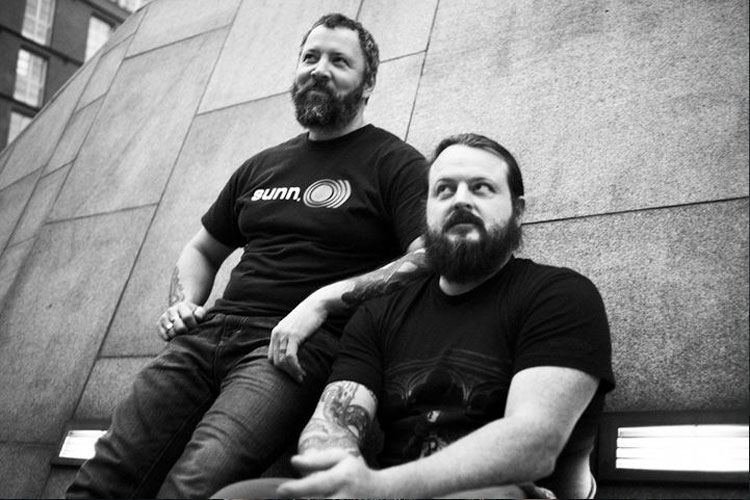 A two headed eagle with octopus tentacles. 2 men sound as 20. Tyler Smith has become very good at hitting things really hard. Gentry Densley multitasks, playing stringed instruments he builds into something not quite guitar or bass but all through a wall massive tube amps. The two men sound as one as they come together with a love of all things heavy. Its doom blues roots rock backing a new mythology of epic old testament proportions. Born from crow, eagle twin says, “I am a brother to dragons, and a companion to owls” Job 30:29

“One of the most striking aspects of Eagle Twin’s debut was the lyrical content, rife with symbolism and largely inspired by poet Ted Hughes’ Crow. On the album’s ﬁnal track, Densley’s throat delivers the tale of crows ﬂying into the sun, being burnt and falling to the ground as snakes. This is where The Feather Tipped the Serpent’s Scale picks up, focusing on the mythological and symbolic incarnations of the snake.”

As the snake circles in on itself and grows horns, Eagle Twin has set the scene for their third album. Something to look forward to indeed.