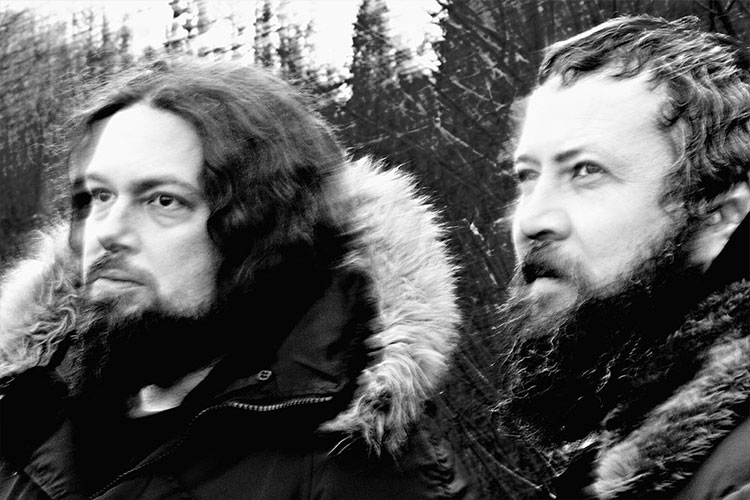 Both have been making music that has crossed paths several times in the last 19 years.(!!!) The most notable being during the 90s when Andersons’ band Engine Kid toured with and shared a split album with Densleys’ band Iceburn. During that time both were heavily experimenting with the fusion of jazz (Mahavishnu Orchestra, Miles Davis, John Coltrane) and the dark behemoth tones of influences such as The Melvins, Gore, Slint, Caspar Brotzman.

ASCEND re-visits some of the tones, and moods of their past works as well as traveling into uncharted territory all done with the utmost focus on heaviness and power. Of particular note is the vocal performance by Gentry Densley. His voice is deep and ominous with a subtle Tom Waits influence within the growls and gruffness that is emoted. Anderson gushes enthusiastically: “we were extremely fortunate to have ALOT of help from our friends with this recording. Andy Patterson pounded the hell out of the drums, and Steve Moore (aka Stebmo, also in Earth and often times : sunn 0))) ) added some trombone (Obelisk of Kolob, + Dark Matter), organ (Her Horse Is Thunder, Dark Matter) and some amazing wurlitzer (Amplifier Within, Divine). His playing brings a dark, sophisticated jazz atmosphere to the album. On the track “V O G” we were blessed to have Bubba Dupree (Void) AND none other than Kim Thayil (Soundgarden) put down some incredible lead work!

The entire album was mixed by Randall Dunn (Earth, sunn 0))), Kinski) and mastered by Mell Dettmer who is turning into the “house-mastering wizardress” for the Southern Lord label.